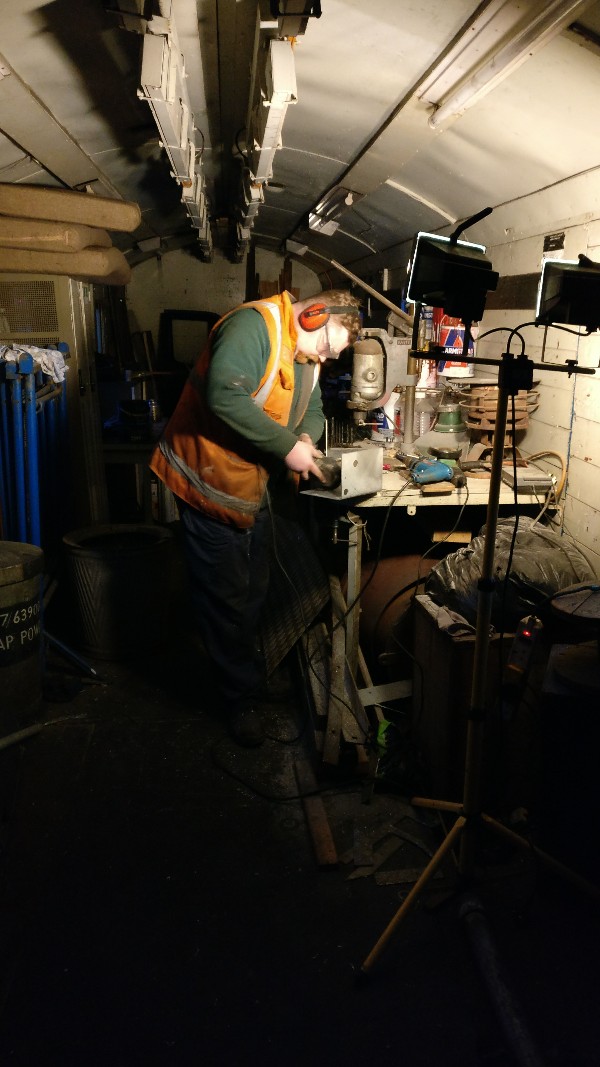 Just because it has been a Gala weekend, it doesn’t mean we have stopped work! Having two of our number as Travelling Post Office crew does hamper progress a small amount, but it is also very nice to see the van train running up and down. When walking around today, I’ve heard nothing but good things about the van train, with a few people mentioning their new branding posters, fitted on a few vans by Matt on Friday.

This weekend saw the first run in preservation of B784409, and work continued on the imitation shock gear for B850498. Matt has replicated the brackets he has made for the West side of the wagon and they are now fitted on the East. There is one bracket left on the east side before that is finished.

Other first run in preservation this weekend is the Esso Tank, 3436. This vehicle ran in the mixed freight. Before it could run this vehicle had the vacuum cylinder configuration changed so that only 1 of the 2 cylinders operate. This had fixed a long standing issue with the vehicle.

The next outing for the vans is a Photo charter in the coming week.