Firstly, a correction. A few weeks ago we gave an update on the 2 tank wagons completed by the Swithland Wagon group. in the update we mentioned the wrong David working at Swithland. the team working on the tank wagons were, Tommy Lees, Keith Lloyd and David Wood.

This weekend has been one of small tasks. We received a portable diesel powered brake test rig, This creates both Vacuum and Air so we are now in a position to test wagon brakes without having to request a locomotive. With a quick once over the rig was started, tested and works. 25 inches of mercury was created with no undue effort.

With Goods Galore approaching and a photo charter this week the vans have been relabelled and chalked. 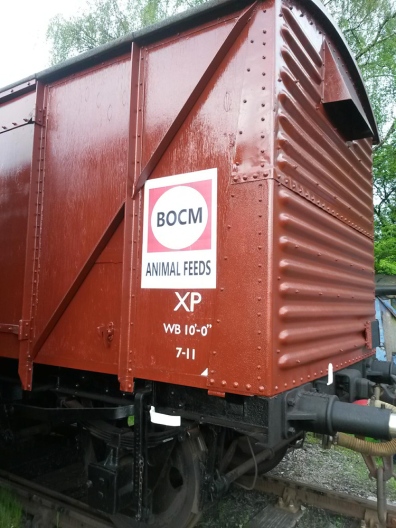 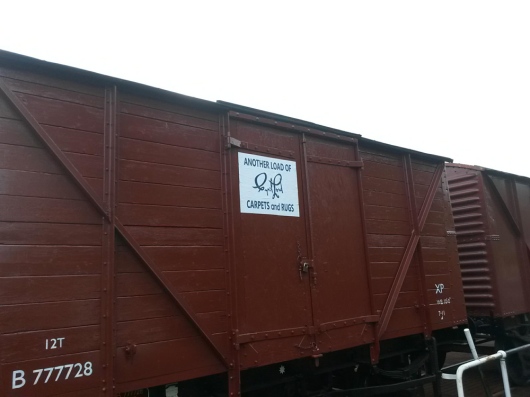 Moving away from wagons we have responsibility for, the railway has seen a recent arrival from the East Lancashire Railway. This is in the form of 1958 BR Standard Brakevan B954406, Diagram 1/506 Lot 3129. Its owners have a few outstanding tasks to complete before its depute at Goods Galore, one of which was the lettering. I spoke with them on Saturday, lettering style was agreed and this was completed Sunday. We extend a warm welcome to them and look forward to their vehicle operating with ours. 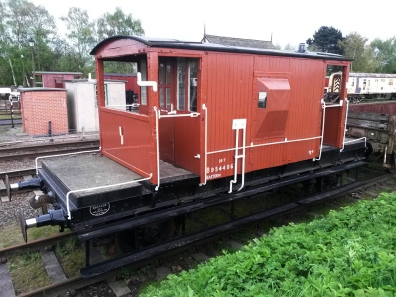 We were also looking into another task but unfortunately, at this time, we are unable to reveal what. It is hoped all can be revealed next weekend.