This weekend work continues on S56010, during the week a new nogging was manufactured which was the final piece required to complete the west side.  This was trial fitted adjusted and the final side planks fitted. 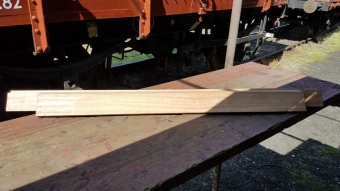 Once the planks were installed the internal plywood liner was fitted.

It has been decided that the vehicle’s incomplete air brake system will be removed fully. This began with the removal of the Main Reservoir gauge pipe and the Brake Valve exhaust pipe when the west site was dismantled.  The main train pipe branch which fed the brake valve was removed and the hole plugged with a large coach bolt. With the pipes which entered the vehicle removed the sole bar Main Reservoir and Main Train pipes were then removed. 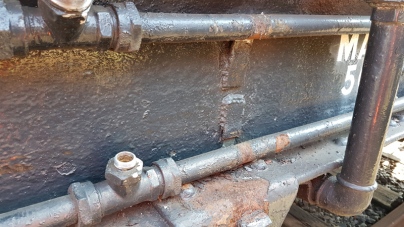 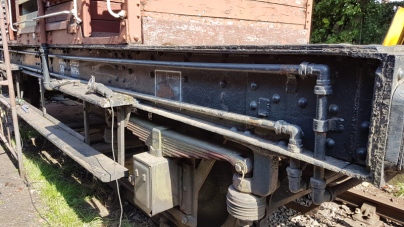 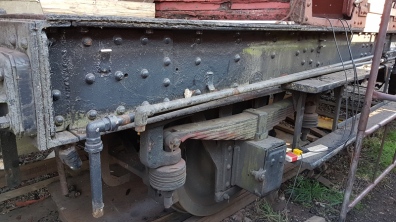 The supporting brackets on the solebar were removed and the remaining welds ground flush. 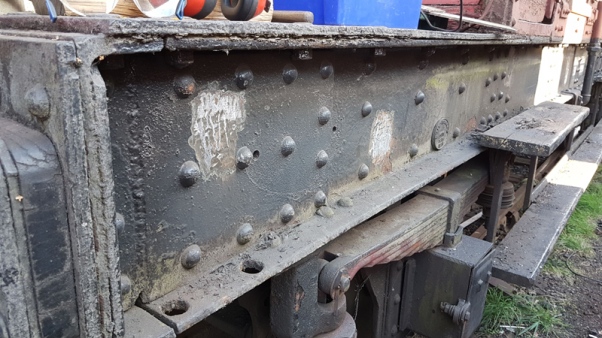 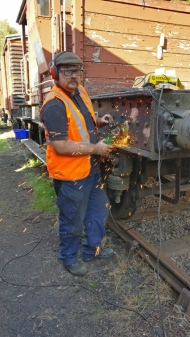 Once removed the areas of bare metal were red oxided. 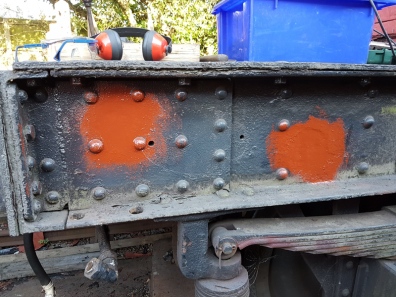 Whilst the air system was being removed the veranda doors and the corner noggings that include the door latches saw attention.  All Noggings were removed and areas of built-up plate rust removed.  A number of door repairs were also carried out most notably the South East Veranda door which Ross is particularly proud of, work included a lot of fine woodwork to get the door to fit up and close effortlessly. 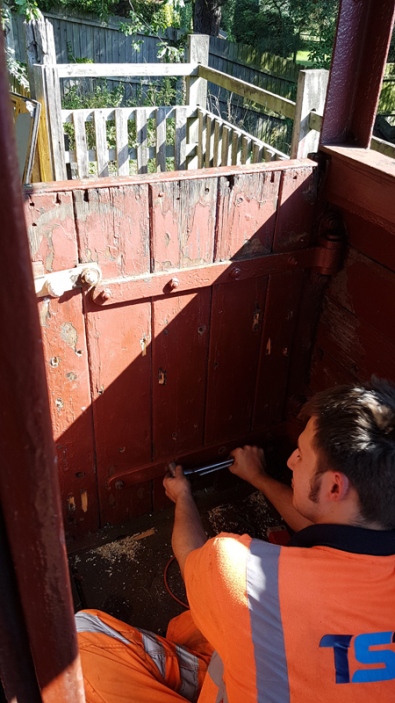 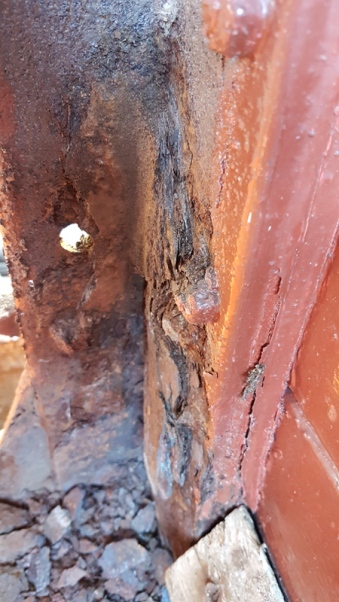 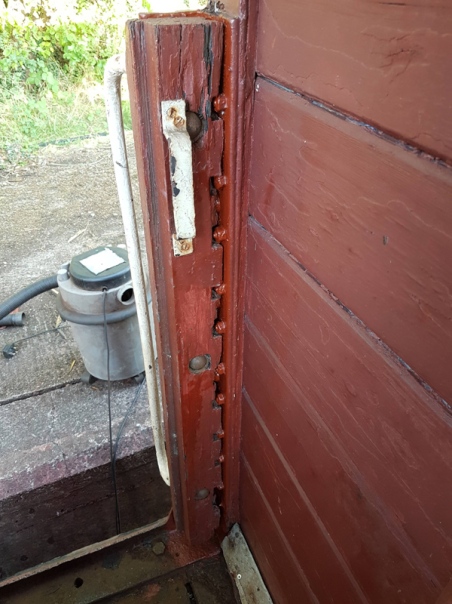 Back inside I began manufacturing and fitting finishing trim around the edges of the plywood lining. 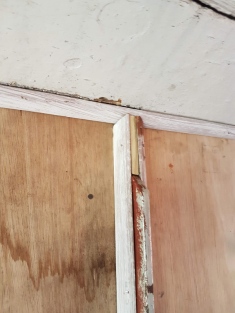 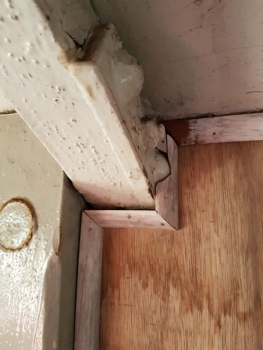 The Stove base plate was also red oxided, black glossed and the stove base fitted as well as the steel lining which surrounds the stove and protects the wooden walls of the van.
This vehicle has been without a stove since its arrival on the GCR and Guards will be happy to know this is being reinstated as part of this refurbishment.

Finally, we had a visit from a gentleman that contacted the GCR soon after the Model Rail event.  Roberts father was a Goods Guard in the 1950s, he was involved with the training of Windrush Generation Guards and unfortunately, this was disliked by the union.  It basically resulted in ill health and Robert lost his father when he was aged 12.  All that remains are memories and a single image.

Robert visited the GCR during the Model Rail event and noticed M730562 and instantly recognised it as the same type of vehicle in the image of his father. He was placed in contact with Nick and came to visit us over the weekend.  We presented M730562 in a condition that his father would instantly recognise.  Complete with Guards Journals, lamps, timesheet, rulebook and other items required to fulfil the role of a Guard.
The opportunity was also made available to recreate that image of his father. 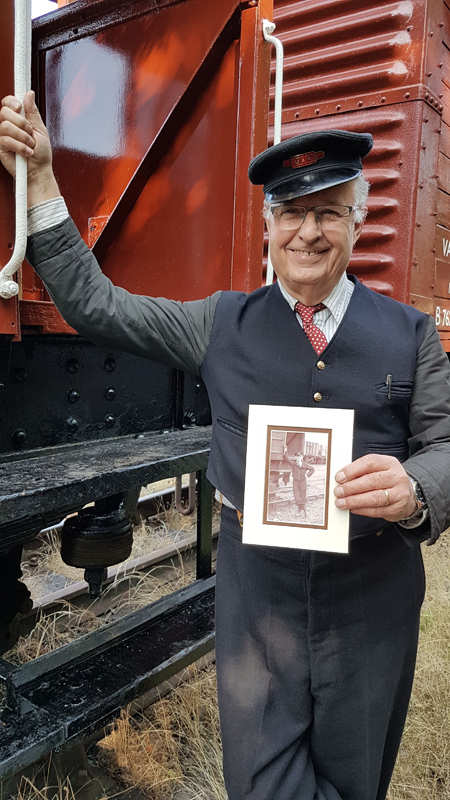 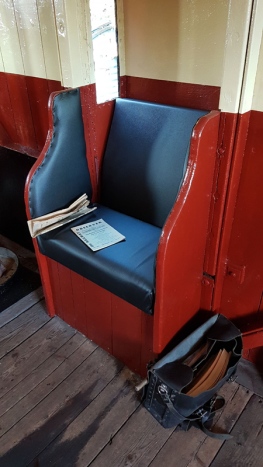 Its moments like this that remind us why we restore and maintain these vehicles. We are sure Robert enjoyed his visit.  We certainly did and it was great to hear the memories he has of his Father, Thank you Sir.