Welcome to another update from your friendly wagon bashers at Quorn. We have again been busy reversing the Dace conversion on the Shochood B. With all four of us in attendance plenty has been achieved. During the week, Matt has placed an order for the sheet as fitted to these vehicles, so in 10 days from now Matt goes and picks the sheet up, and that next weekend we fit it. An exciting development!

Saturday saw Nick and myself using our best carpentry skills to make more capping wood for the east side of the body. This wood prevents the sheet from being worn away by the edge of the angle iron at the top of the body. Once we’d cut and shaped these, Jake got the wood primer out to give them a coat. Jake also gave to capping wood made previously a coat of undercoat. We plan to get these ready to go back on the wagon with a few coats of gloss all over. This should help to protect the wood from rotting so quickly.

Meanwhile, Matt had begun one of his personal missions; to reinstate the handles to the South West and North East corners of the body. During conversion, these handles were cut off and welded to the end to act as grab handles for the coal hopper style steps fitted during the Dace conversion. Matt began by cutting the handles off, and matching them to their positions on the body. As we have no welder, and an insufficient power supply (a 16A cable) to run one, we couldn’t reattach them with welds as was original. We’ve been somewhat creative and used bolts through the body to reattach the handles. This involved drilling through the nub of the handle left, the body skin, and a few partition slot guides. We also drilled and tapped holes into the handles to receive M12 bolts. 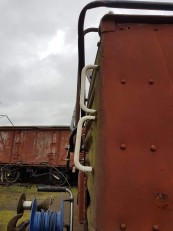 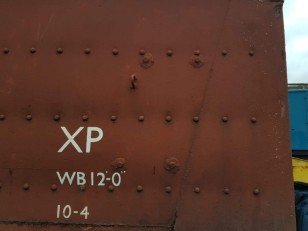 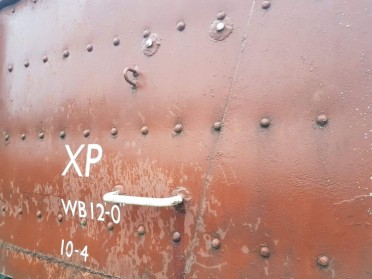 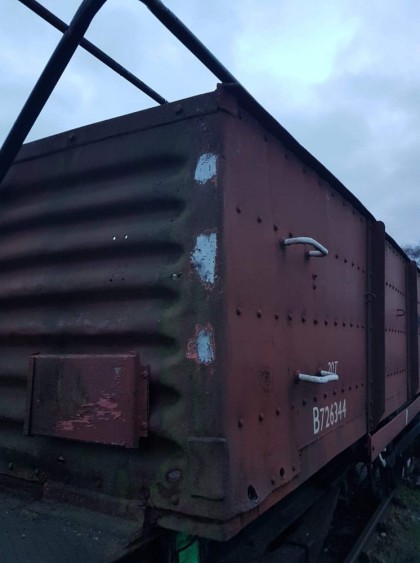 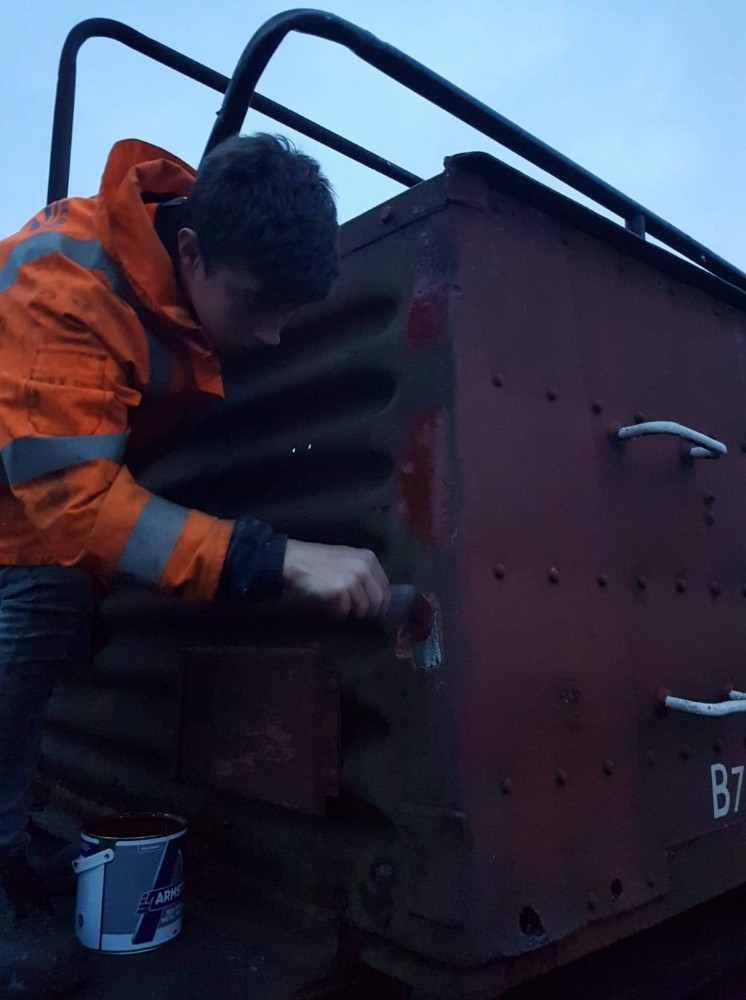 Once Matt had finished fitting the handles, he finished the corrugated end by removing the nub of the handle and grinding it flush. Jake was then let loose with the red oxide primer to give it a coat before we begin painting in the better weather.

Due to the weather at the start of Sunday, we began the day by tidying up and clearing out one of our storage cupboards in the Mess Coach. The first class toilet, long unused, had become a dumping ground for old Hi-Vis and various other items. This has been cleared out in anticipation of works to the coach.

Matt continued his role as our resident Time Team expert by beginning to sand down the bodyside of the Shochood to find its regional allocation and if it had any branding. 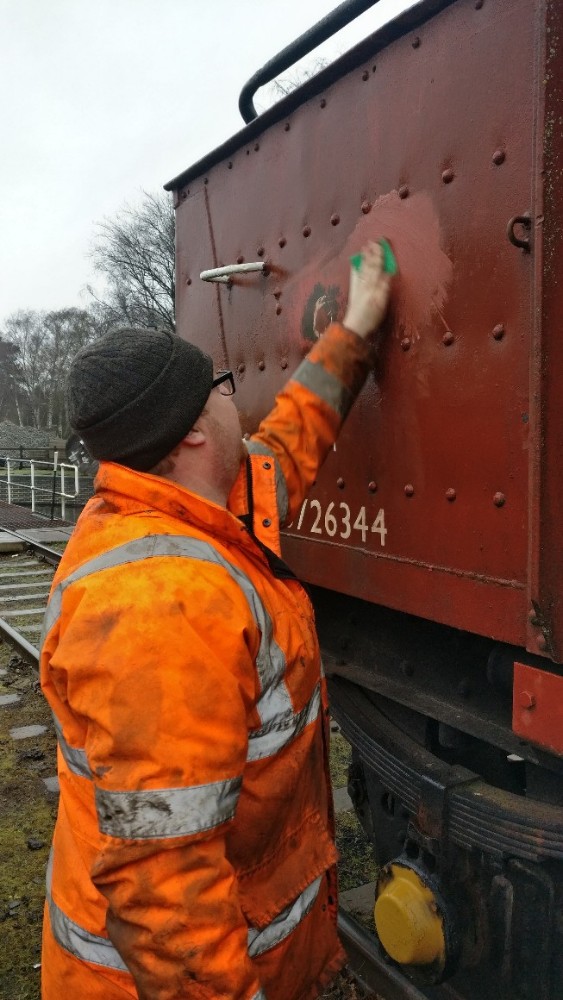 The weather had cleared so Matt continued his handle relocation scheme. Nick, Jake and I started to remove the rust that has built up between the body and underframe. This has built up due to the shock capability being removed, thus the body not being allowed to shift, which would have broken up the rust.

Matt’s second personal mission of the weekend was to relocate the lamp brackets back to the body. This only leaves Matt one mission in our reversion of the Dace conversion; removal of the coal hopper style footsteps from the body end. 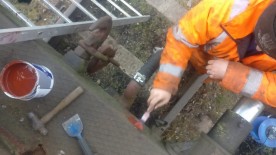 That finishes this week’s installment of the quest to have the only Shochood B in ‘original’ condition in preservation. Join us next week for another (exciting?) installment!