Once again the weather has conspired against us. So a trip to Rothley to progress ADB977107. The C&W team has been carrying out body repairs when the time has allowed. Progress has been such that we are able to reassemble interior fixtures. 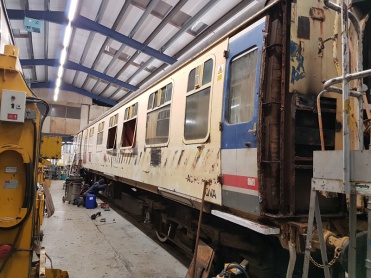 Before we began, Jake applied bitumastic paint to all the bare metal areas on the inside of the vehicle’s skin

Jake and I then focused on the main saloon. 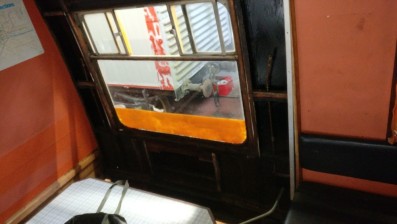 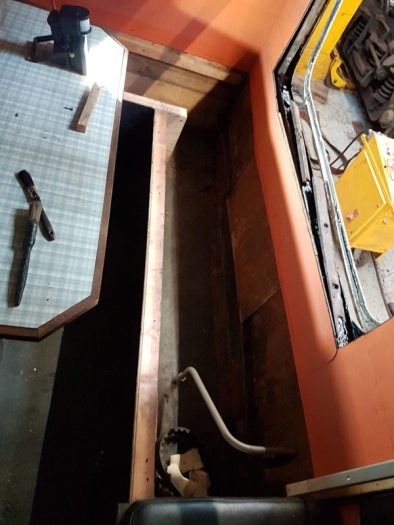 Nick with assistance from Jake also, rebuilt the toilet window 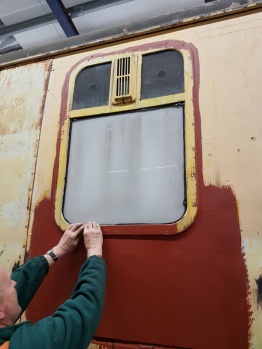 Ross with a little assistance from new recruit Will as well as Nick made progress with the Kitchen. 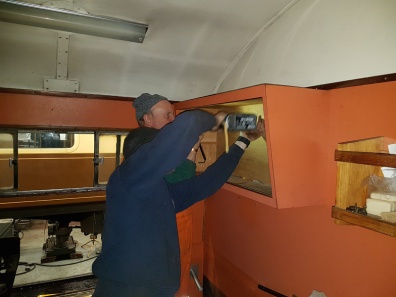 We can also show the progress of B954546 currently a volunteer project at Rothley. The cladding has been replaced, new duckets manufactured and glass windows fitted all round. 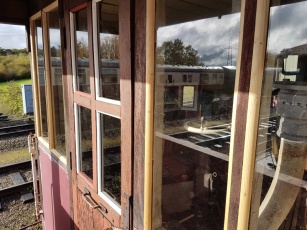 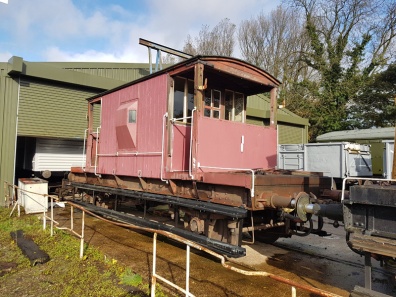 Sunday with the threat of rain, Ross and Dave cut down some plates to use as load distribution plates for Nicks container once lifted on to the Conflat. It transpires that we decided later that additional sections of rail shall be used to support the weight of the container.

The main task for Sunday was the rectification of Test Car 2’s incorrectly assembled buckeye draw gear. The buckeye was removed, supported by the loading shovel the draw hook and bar removed and the offending article lowered rotated and fitted correctly. 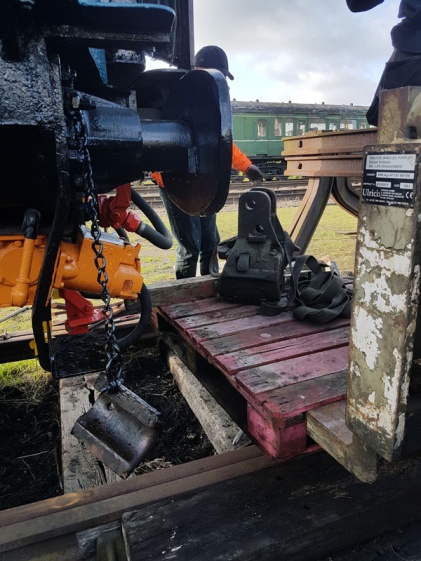 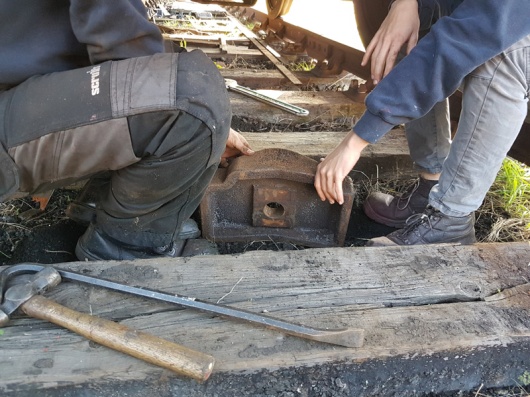 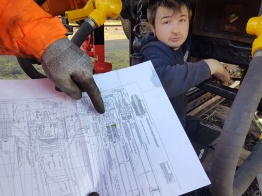 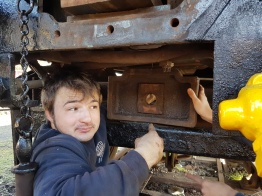 Whilst the majority of the gang worked on the Test Car, I looked at the chain boxes on B505313 these had fallen foul of the water trap that they are. With the bottom of each removed at an earlier date and the lack of suitable welding facilities, I riveted steel plates to the back of each in areas that had been eaten away. 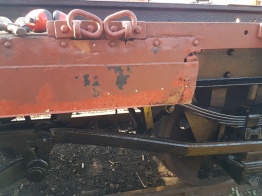 As a none structural skin, this gives a solid backing for filler to be applied. In the future, the skin of the chain box will have to be replaced but at this time we have gone for this option. 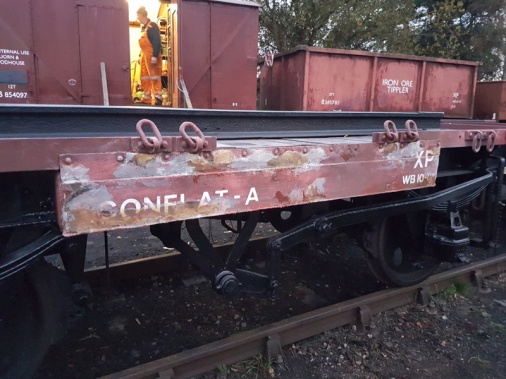 As the rain that was forecast did not materialise and what ended up as a day of sunshine we sheeted BD4303B whilst it was dry. This will keep the wet out until the weather gives us the opportunity to apply the gloss crimson.

Also on site Eddie, Harry, and James who took the opportunity to tidy our surrounds and a good job they did in removing the many items of waste that wagon restoration inevitably generates.