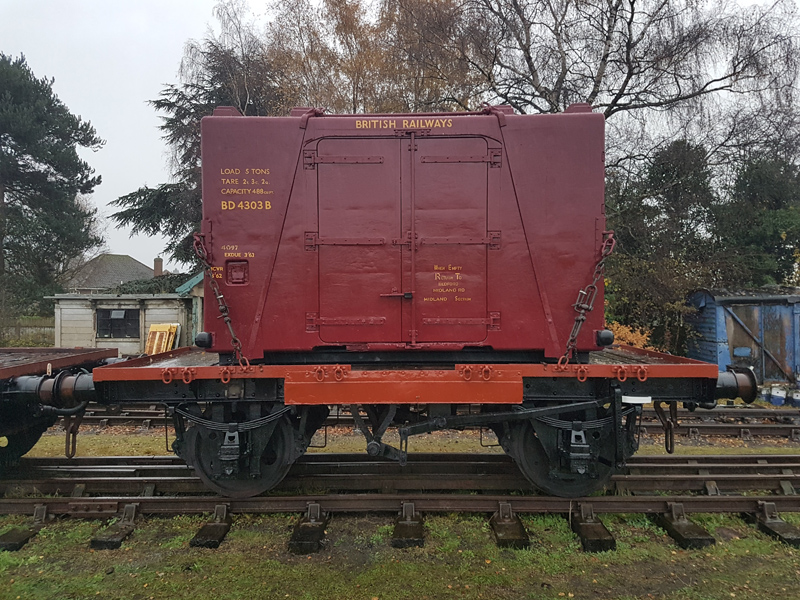 Unusually this update begins on Thursday with a trip to Medstead & Four Marks.  The reason for the visit, to pick up some Conflat chains.  Our thanks go to the Mid-Hants Railway Wagon group for offering them to us, they were in far better condition than our own. 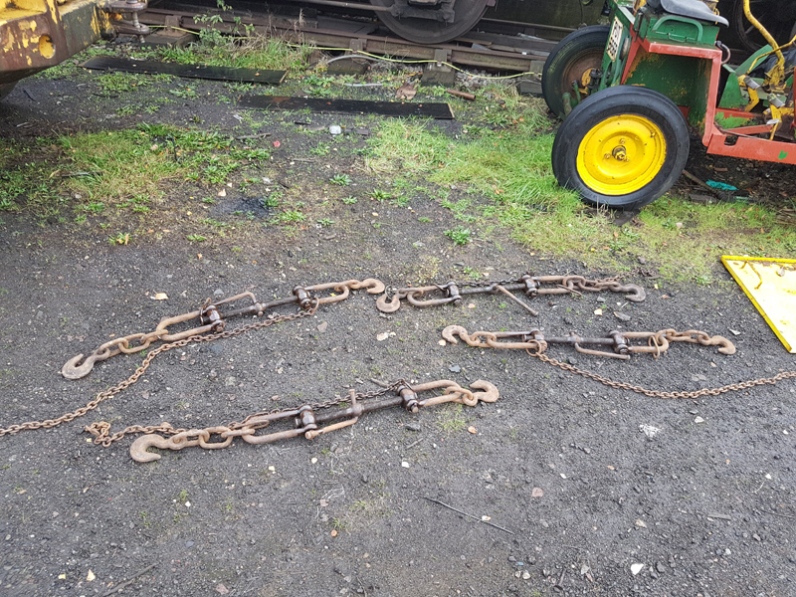 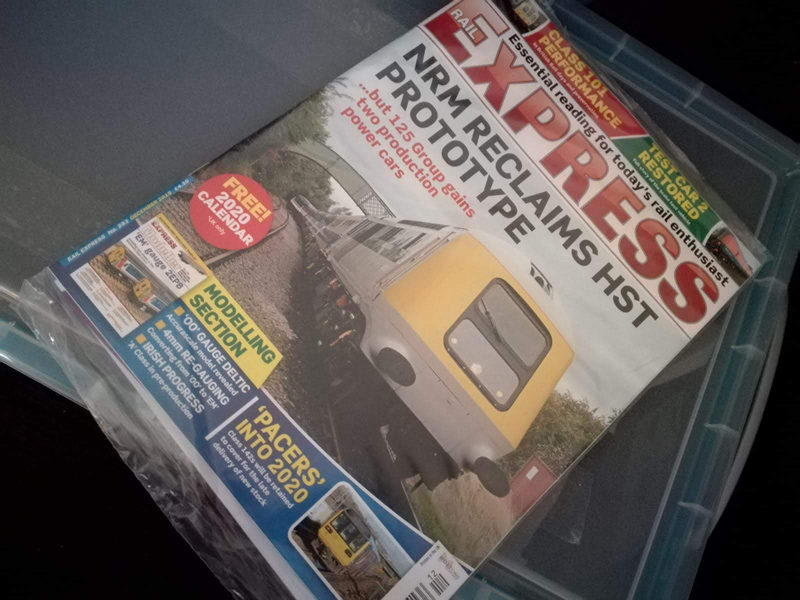 On to Saturday and I continued with the signwriting started last weekend. 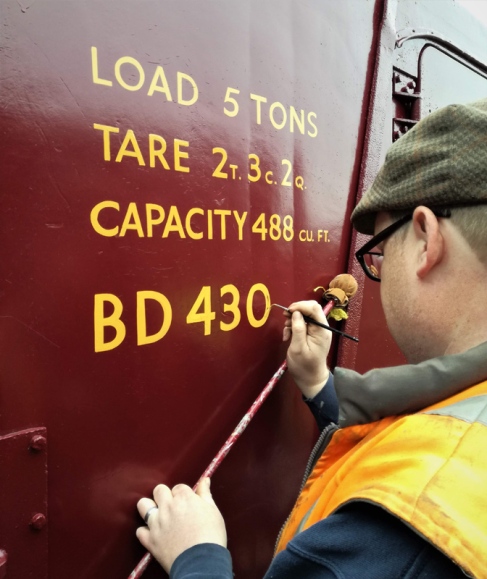 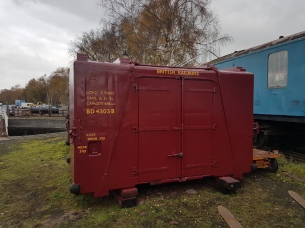 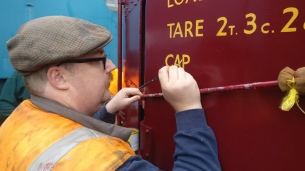 Nick drilled and attached the chains to the Conflat whilst Ross and Dave drilled and secured the additional rails placed on the vehicle last week.

Then the main event, before the light failed and after I had completed the high-level signwriting we lifted BD4303B on to B505313. With the subframe missing we had to first lower the container on to a set of sleepers. 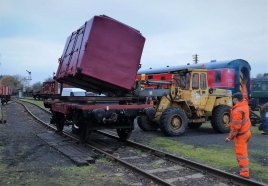 The Container was then lifted from each end and the sleepers removed. 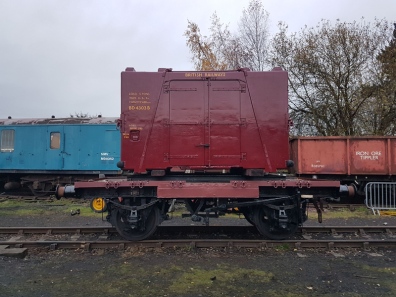 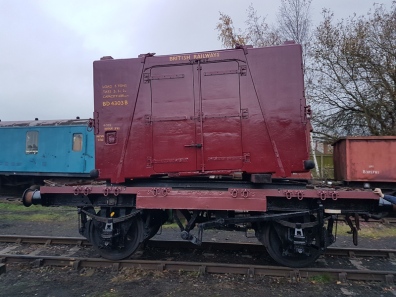 Once sat on the rails the Container was secured to the Conflat.  Earlier before the lift Nick and Ross also applied the identification plate above the door. 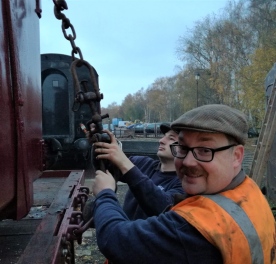 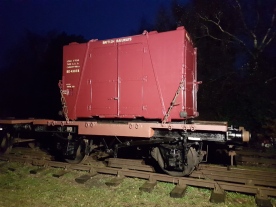 To allow the lift I left off the branding and applied it Sunday as well as a few other signwriting finishing touches. 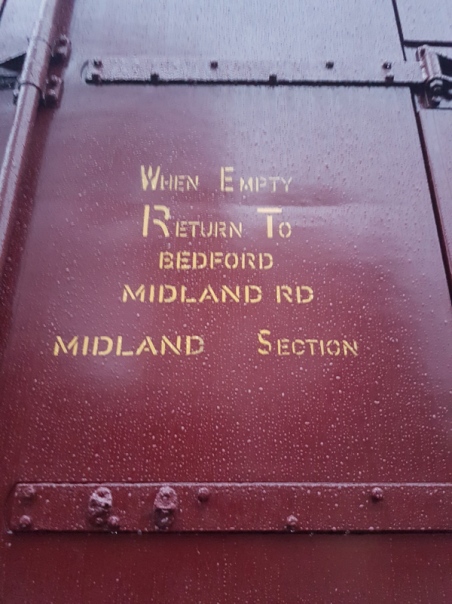 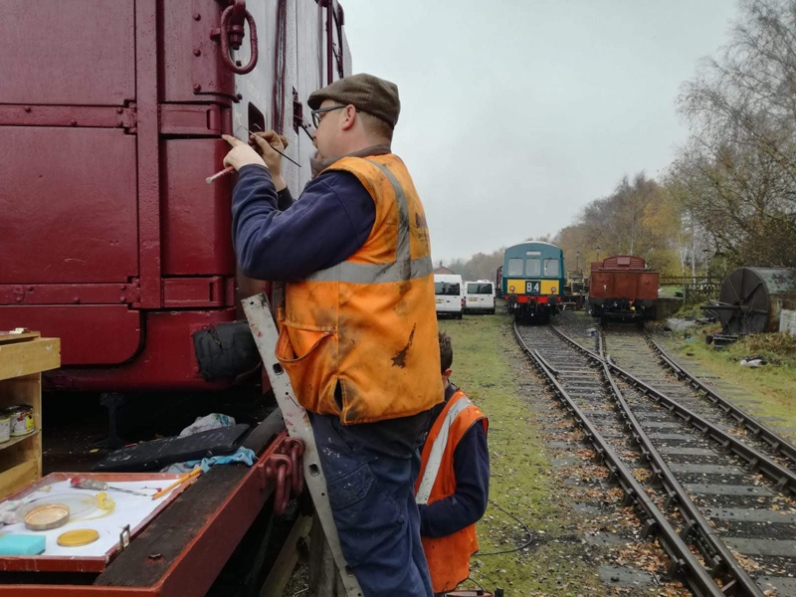 Nick, Ross, Jake and Dave applied Bauxite to the Conflat. adding heat to cure the paint as they went along.  Sufficiently drying the vehicle before the rain started. 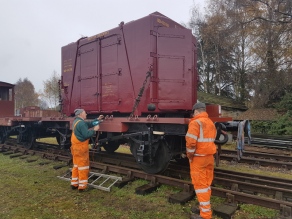 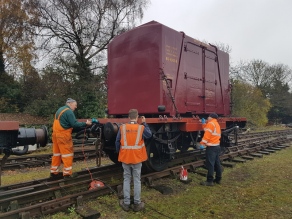 All of the conflat chains had reached the end of there threads although reasonably tight we took some steps to resolve. We couldn’t move inwards by a ring as the chains were not long enough so our next option was to shorten them.  We did this using an old BR trick, one of the links was heated in each chain and bent. 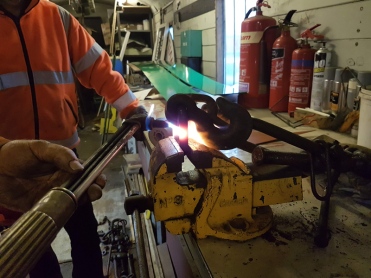 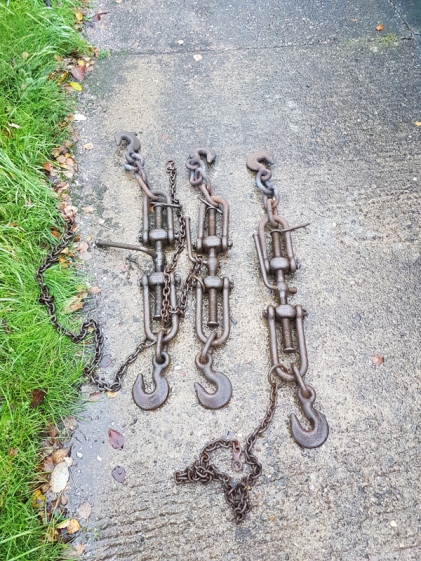 With the shortened chains we resecured the container. Jubilee clips were also added to prevent inadvertent loosening. 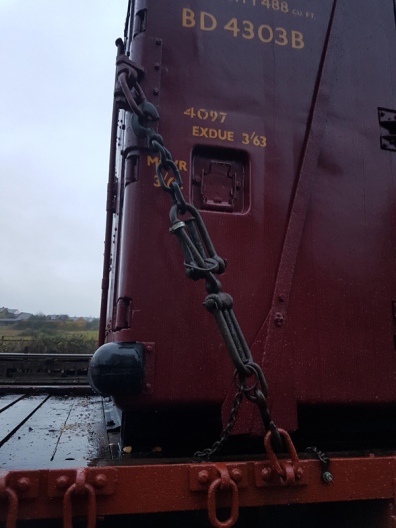 With it also being the Last Hurrah we saw a few of our vehicles in operation.  Notably the Vans. 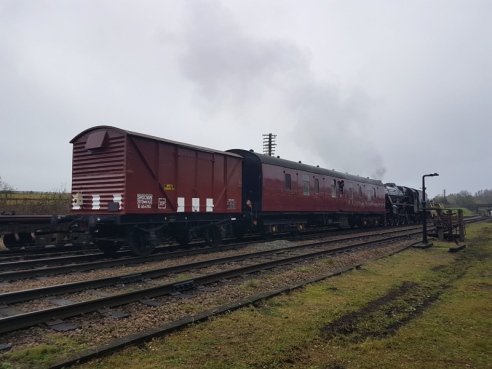 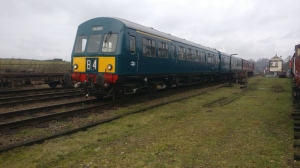 The van train is now stabled in the yard at Quorn in preparation for the Winter Brake overhaul and to finish Ross and Dave serviced the Test Cars Generator.