To begin, it gives us great pleasure to announce we have been nominated for not one but two Heritage Railway Association awards.  Test Car 2 has been shortlisted for the 2020 Morgan Award for Preservation and our website for the 2020 Communications Award.

We wish our fellow shortlisted groups luck and look forward to seeing those who attend the Dinner in February.

On to Saturday and we begin with an hour or so defrosting the Test Car and locks to gain access to the GUV and tool van. Once we had gained access the main focus turned to the van train cylinder overhauls.  Starting at the south end Nick, Matt, James and Will began on the first vehicles requiring work, these are E87674, B786348, and B763305. Each had the ancillary attachments, Release Valve piston rod and all split pins removed. 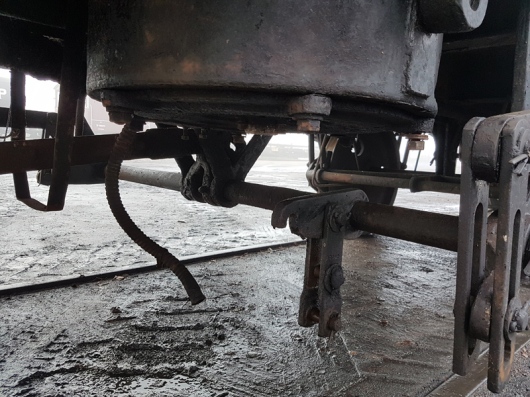 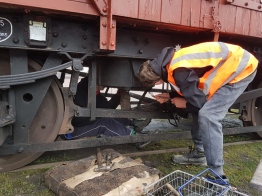 B786348 was rather stubborn so required a little of the hot spanner action.

Nick, Dave, Jake and I continued the work started by the team on Saturday. We stripped down the 2 cylinders,  both different from each other. One cylinder is a ‘C-type’ and the other is the more regular ‘E-Type’. Each of them is no issue, but the ‘C-Type’ has a ball valve in the release valve and the ‘E-Type’ has the ball valve in the piston. 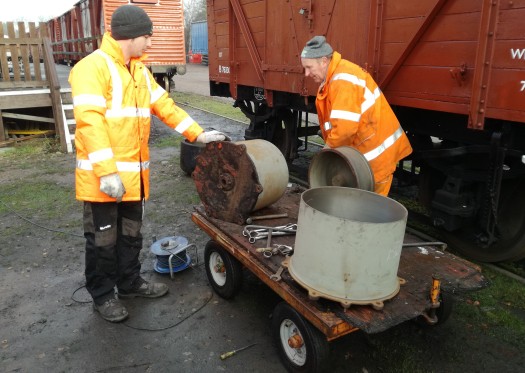 By 11 O’Clock using the railway’s loading shovel,  one cylinder was back under its van (B763305) and the other ready to be re-assembled. Once tea (and obligatory biscuits) had been consumed, the hung the other cylinder under the other van (B786348) again using the loading shovel, which has got quite good and imitating a Challenger 2 tank. Must get that silencer replaced…

With the two cylinders hung and reconnected, I set out to start the vacuum test set to begin testing the two completed vans. Unfortunately, I was defeated. Lister-Petter AC1s do not like the cold as it turns out. Options are being looked at to upgrade the test set to something easier to start, in all weathers.

With the test set not starting, we removed the vacuum cylinder from the fish van to overhaul that. This was completed in the falling light. Sadly we now don’t have a way to test the newly overhauled vans, so can’t prove the repairs.

Matt spent the day a touring signwriter, signwriting a Vanwide at Peak Rail in the Heritage Shunter’s Trust shed. 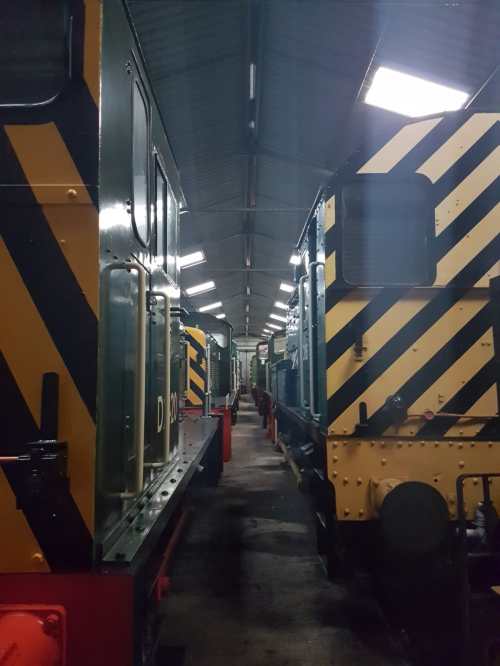 Next week, more overhauls are planned. That is of course unless the weather has other ideas!