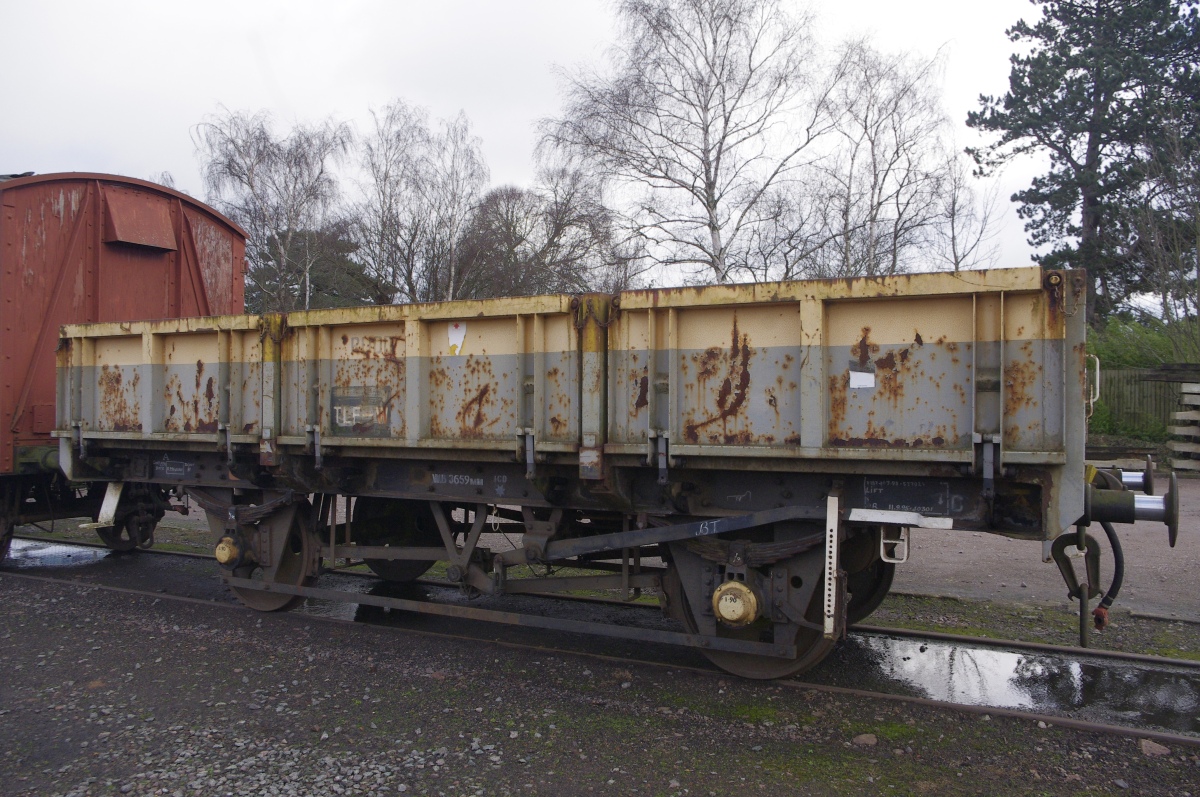 Last week, we published a profile of the Grampus wagon, a versatile 20 ton capacity engineering wagon. Our next Vehicle Profile covers their one of their replacements; the Rudd.

With design of the Grampus and other engineering wagons becoming unsuitable for the change in working methods, replacement wagons were converted from stored HTV coal wagons to varying designs. These use the Fishkind names of the Tope, Clam and Rudd. Of note to us are the Rudd design, of which we have 3 examples.

The Rudd name initially appeared in 1987 on converted Grampus of which one (DB984194) is preserved at the Nene Valley. These conversion retained the Grampus’s single skinned slab doors but had rebuilt with non-removable ends and air brakes.

The Rudd named was later reused on a design had the same three doors per side, fixed ends and air brakes as the Grampus based conversion, but had stiffer ends and a different design of door which made them less susceptible to damage by mechanical loading equipment. The doors on the Grampus are heavy and require 2 or more people to lower and raise them. The Rudd doors, while arguably heavier, can be opened and raised by one person; benefitting from the use of door control equipment. Using the door control equipment also meant the ‘bangers’ fitted to the underframe wouldn’t require fitting removing a potential for trapping hands.

Of the 3 designs intended to replace the likes of the Grampus, and other similar engineering wagons, the Rudd lasted the longest primarily due to their air brakes, while the Tope and Clam retained Vacuum. By 2005, an estimated 2 Tope remained in traffic, with 3 Clam. By contrast, 278 Rudds remained in traffic until 2008.

Back to our Rudds, like our Grampus they remain fit for use and their turn in the restoration queue remains behind the wooden bodied vehicles in the mixed freight.