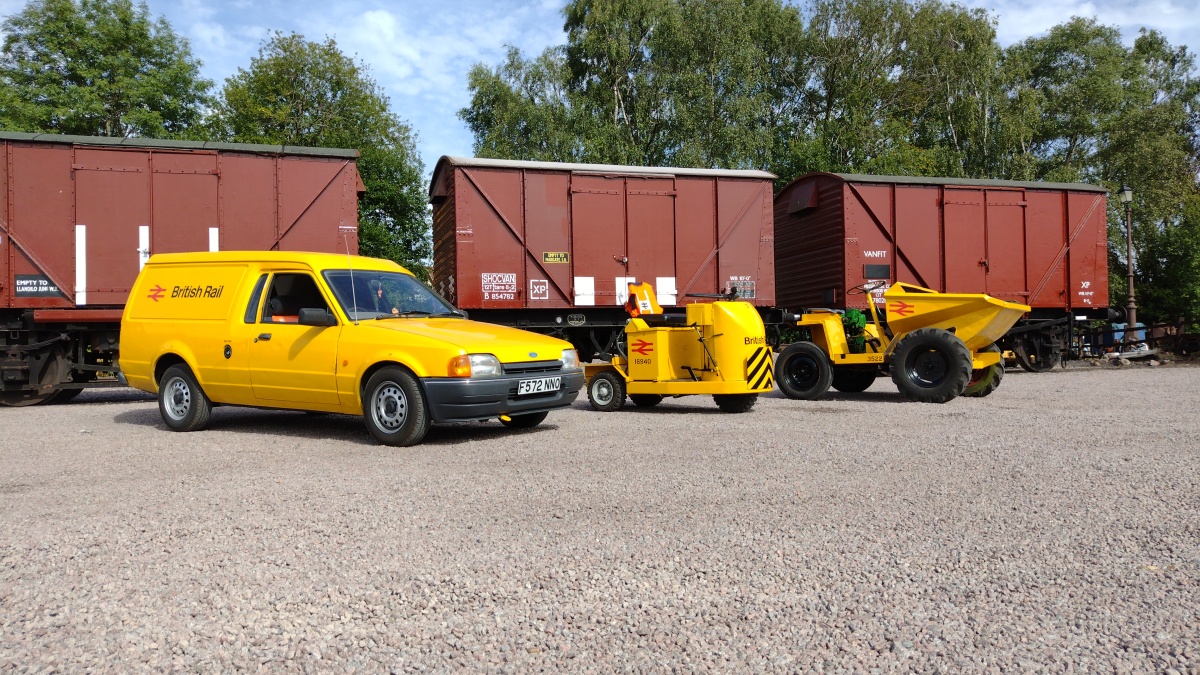 Hi all, and welcome to another update from a rather crispy Quorn Wagon and Wagon. This week we’ve progressed the van train and yet another support vehicle. First though, the Bogie Bolster is finished! Matt had finished the red stripe on the bearing end caps last weekend, which was the last thing to do before the wagon is released to traffic. It’ll be good to see this in the next mixed freight!

Okay, and now onto Saturdays work, with Nick, Matt and I on site. Nick concentrated on scraping and then applying a coat of PVA to the next van in the rake, B765272.

Matt finished the signwriting on B777728, which completed the repaint of that van. Another few vans had their signwriting attended to as well.

Matt then went on to finish off a small pet project, a new sign for our gate.

I finished off re-assembling Danny, by putting more bolts in the panels that were re-fitted last week. I then adjusted his brakes and the brakes on the Tug. Sadly, no pictures of this!

On to Sunday, with Dave rejoining us after his holiday. Nick and Dave both started by applying primer to the panels that had been PVA’d yesterday.

Matt and I got stuck into finishing the repaint of Danny. Matt started by applying the BR Double Arrow to Danny’s skip.

I started de-greasing the engine, ready for it to be painted. This was done by Dave and myself.

Unfortunately, I also managed to apply most of the tin to Matt, his trousers and the floor. That stopped any ideas of a second coat on the engine and diff! Sorry Matt!

Once the east side of the vans was in shade, Nick and Dave took out the southmost panel on the east side. This was only held in with 5 bolts and hadn’t been sealed to the van. This has now been fully bolted and sealed.

We finished the day with the obligatory big tidy up and a small photoshoot for the 3 BR vehicles. There is still a little bit more to do on Danny, including a very new requirement to replace the clutch!

Thanks for reading and catch us next week to see what we get up to, fingers crossed it will be a bit cooler!