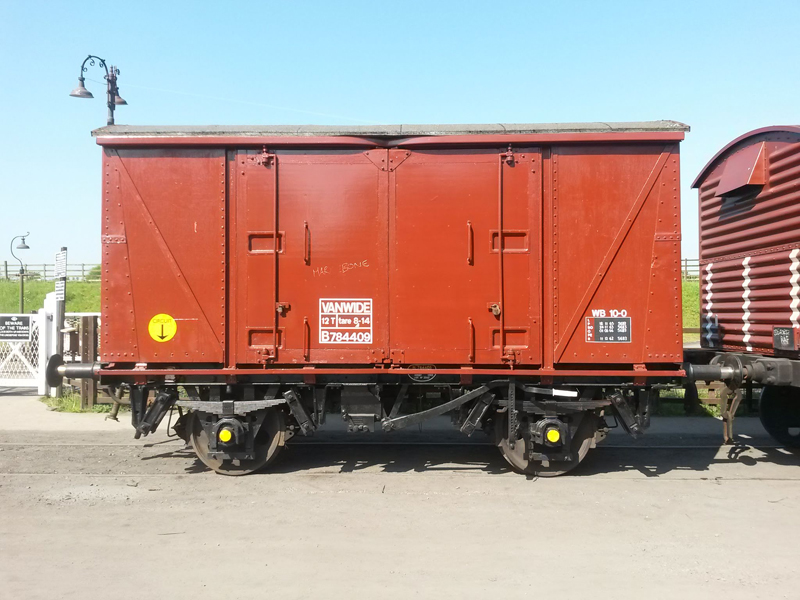 The first feature covered the period 1948 – 1964, this one picks up where we left off and covers 1964 – 1973.  Of cause, the styles of lettering mentioned in this and the previous feature would have been seen beyond the dates stated as it was impossible for the works to paint the 1,124,812 wagons (circa 1957) in a single year and they would have been  brought into line at the next scheduled repaint. However, this particular period sees the greatest variety as previous styles remained and only those details that required to be changed were changed.

So we begin with a new font.  As part of the corporate rebranding of “British Rail” in 1965. Rail Alphabet was developed, there were two styles, British Rail light normal and British Rail dark normal.  Light was used for light background colours and dark for dark, with bauxite and Rail Blue classed as dark. The difference being the dark font was slightly bolder.

The new font, however, was slow to be applied to Rolling Stock with Gill Sans seemingly remaining until Steam bowed out in 1968.  It was possible to see blue/grey carriages and  fully repainted bauxite wagons using the specifications below with Gill Sans applied.

So on to the specification. Issued in 1964 the lettering heights remain the same as the previous specification although the details were reorganised slightly. The Running number, gross weight, and telegraph code remained on the left-hand side and was joined by the tare along with its paint date symbol. These were all enclosed within a box with the individual markings segregated.  I apply 10mm lining. 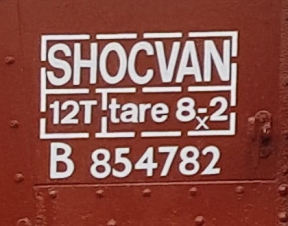 On the right-hand side the previous tare location was replaced with a data panel, this detailed when the last examination for the items listed was carried out.  This information had always been carried on the vehicle but in an area close to the item being examined usually on the solebar. The new data panel brought all the data into one location above which the wheelbase was applied using the same rules as previously detailed in featurette #1. The data panel is lined and I vary the width between 2-5mm.  The details contained are as follows:
L – Lifted
P – Paint
BO – Brake Overhaul
O – Oil
PE – Pad Exam
R – Roof

The dates are accompanied by a 4 digit works code. The box is 15″ wide and the height as required.  I originally painted the panel in chalkboard paint, but now I vary the blacks used and leave some areas in bauxite,  this gives the illusion that dates have been altered.  The dates I apply are fictitious, the actual dates are held with in the vehicle record cards we maintain and shared with the GCR. We use 2 works codes on each vehicle 5683 the works code for Tinsley Wagon Repair Sidings and the other will be were the vehicle was bought from.

This is were variation begins to come in, as the number of works and the manpower within reduced full repaints of vehicles were also reduced, with only bare parts or replaced parts being painted.  This lead to the specifications being adhered to but older markings remaining in place. The biggest example of this being the XP marking, if it remained legible it remained in its position above the wheelbase on the right-hand side of the vehicle.  If it had faded or on fully repainted vehicles the XP was placed within a box to the right of the main group of details. If the vehicle was vacuum-braked but not suitable to run in an Express Goods then the box was applied without the XP, or if modified the XP was painted out.

At this point we shall mention the switch from Vaccum Brakes to Air Brakes which began in the 1960s. In those early days an airbraked vehicle would state on the side wether it was airbraked, an example being the Steel Highs that were converted to air as part of the Western Region Air Braking trials.  A Vaccum fitted vehicle was simply called a HIGH,  those that were converted became HIGH AB.

With the two different brake systems in use a quick reference was required so shunters and guards making out the prep sheets and vehicle consists could quickly work out the maximum speed of the train.  This was done by use of an HMLE sticker, a small yellow rectangle measuring 7.5″ x 5″ that stated the Weight, Brake force for Vacuum, Air or both, Route Availability  and maximum speed for four states, Heavy, Medium, Light or Empty.  The maximum speed of a train was taken from the slowest vehicle in the rake.  The HMLE negated the requirement for the XP marking for vacuum vehicles but most remained in situ. 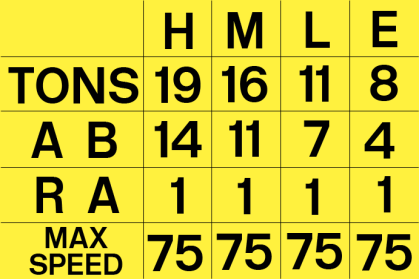 As the 1970s rolled in, the UK turned to metrication, and the previous imperial tons and hundredweights made way to metric tons and kilograms.  There is no definitive date for this but between 1970 – 1978 metric units gradually became the norm.  For us however, we do not apply metric units to vehicles as the Guard prep sheets used on the GCR use imperial units.

Brake Changeover tear drops remain the same as mentioned in Featurette #1 however the spec for brake release stars was White for Air, Yellow for Vacuum it is however unlikely this was followed with all stars being white and accompanied by either AIR or VAC as applicable. 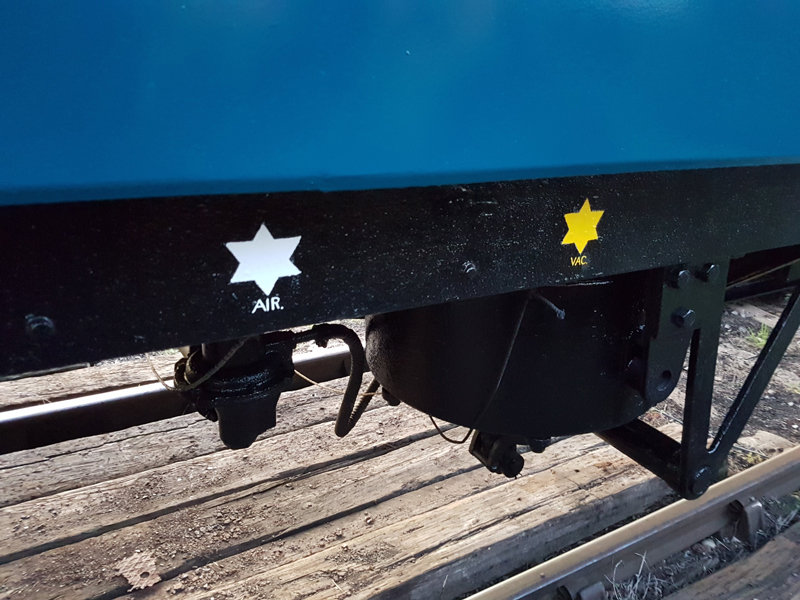 A further change was shock stripes,  these now become shock “squares” and measured 16.5″ tall and 14″ wide, 3 on each side. On the doors each side and evenly spaced on the ends.

The specification for branding also changed to Yellow with a boarder 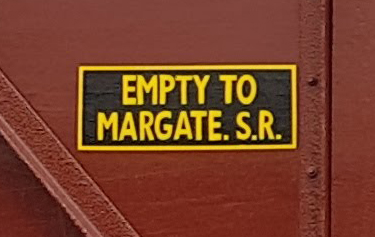 Two items I neglected to mention within the previous feature.  Door Stripes, these were painted to quickly identify the location of doors which could be opened but not immediately apparent by looking at the side.  End door stripes were either the width of the steel banding for wooden wagons or 2 1/2″ for steel wagons.  Vehicles with lower doors were identified by 2 diagonally opposed lines each 1 1/2″ wide, 3″ apart at bottom and 13″ at the top, with a vertical height of 7 1/2″. 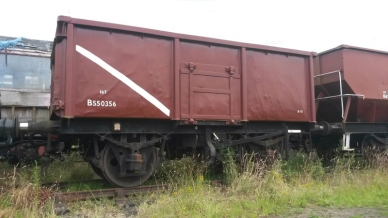 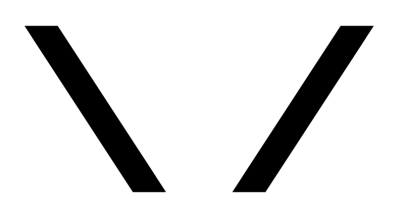 With the introduction of the Total Operations Processing System (TOPS) in 1973 the first immediate change was the end of the Telegraph codes on the vehicles these were replaced by a 3 letter code which identified the type of vehicle, specific model of vehicle and brake equipment fitted.  There were other changes but this moves away from our area of focus although when it comes to the refurbishment of our Rudds we may have to look deeper.

This concludes our 2 part look into Markings on Goods vehicles, the thinking for my next feature is to look at the specific colours we use on our vehicles as it seems to be a regular question.