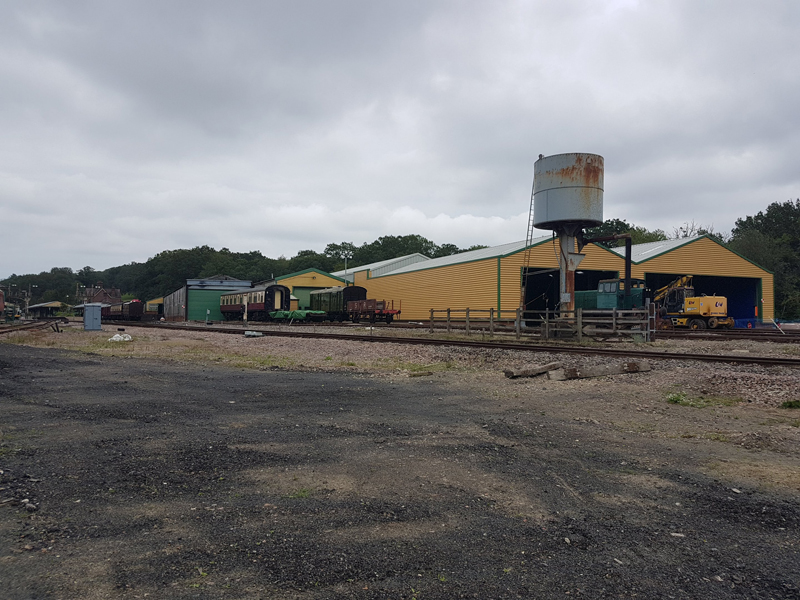 With last weekends excitement behind us, we would like to thank you all for those who made kind comments and supported the event, our aim was to do something a little different and I think we achieved that.

But as Ross stated last weekend, back to the grind and for Dave this was Tuesday. The repairs to the Palshock carried out the weekend before last to the east side were repeated on the west side. Dave removing the wooden fillets below the plywood sides cleaning out the rust, red oxided and rebuilt.

On to Saturday and with the world returning to a little normality we have started to venture out once again, first on the cards a journey to the standard gauge preservation pioneer, the Bluebell Railway. Following an invite from Laurie, the wagon divisions head to see there collection and facilities.

First a tour of the workshop which is a very impressive facility including a recent expansion. A number of project progressing inside.

Followed by a look at the operational wagon fleet and those awaiting there time in the works.

We also took a walk down the Branch towards Haywards Heath via Ardingly to the end of the existing trackbed.

We saw the two trains in operation and also picked up some buffers, mainly 2 full sets of self contained items as we look at alternatives to Oleos which at the moment are cost prohibitive to repair.

We extend our thanks to Laurie and the rest of the C&W team at the Bluebell for there hospitality. An example of cooperation and networking for the good of our interests within the preservation movement.

Sunday and back to normal. My first task to drill and fit bolts to the dummy shock gear cover, this represents the attachment points.

Nicks attention was on rust removal from our newly acquired self contained buffers. They now operate correctly with the expected resistance and this includes one that was partially compressed.

Dave and I then turned to preparation of the van for paint. Sanding and scraping. All body sides apart from the South end being completed.

One final task was the removal of the chassis owners plates for safe keeping.

A little further preparation and we shall soon be ready for paint. That concludes this update, and as is always the case, more next week.