This weekend has of course been the GCRs winter gala, we stepped away from Rothley and ADB977107. To open the doors at Quorn and allow you to see what we do, see Test Car 2 and Madge.  It was great to see so many of our followers and supports and thank you for taking the time to come and see us. 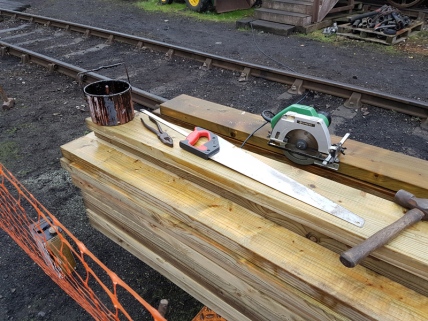 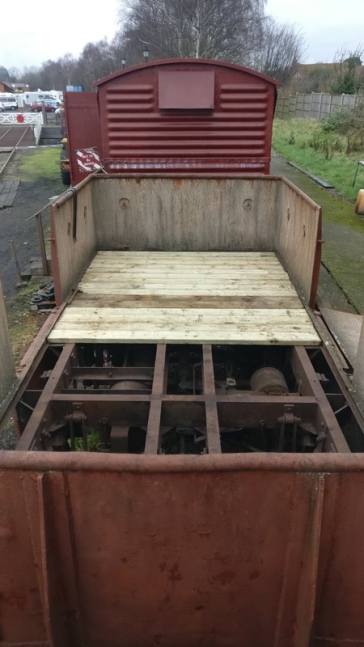 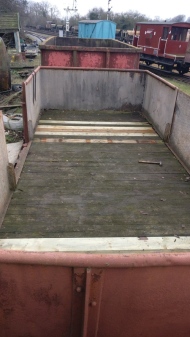 Dave and I along with Eddie and Harry played hosts for our visitors.  Dave explaining the Test Cars past and I demonstrating some signwriting, namely the W.H.Smith & Son wording for the kiosk at Loughborough 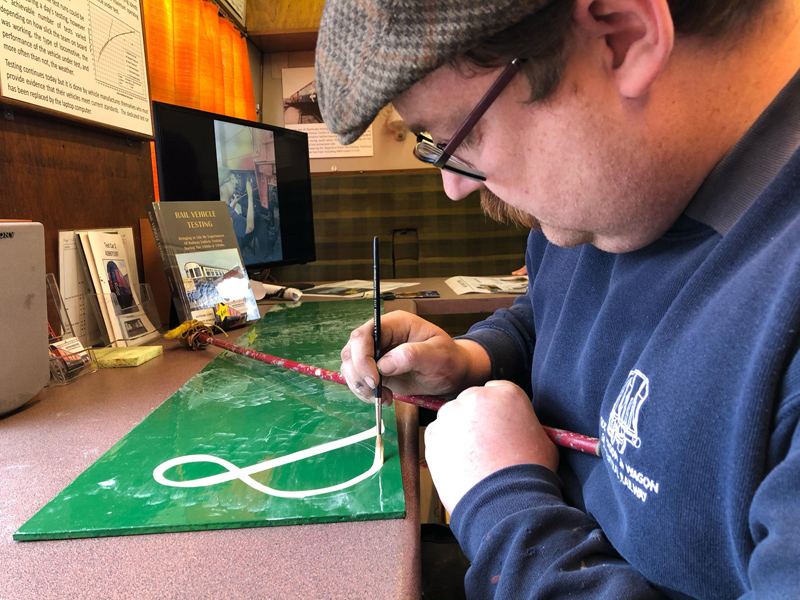 Once the floors had been completed Nick, Ross and Jake then moved on to the overhaul of the 15″ vacuum cylinder from B385782.

Sunday and an unscheduled visitor into the yard, namely 46521 deputising for 4953 which had failed that morning. We took advantage of the vist and had the Iron Ore tippler moved to the centre road so we could fit the 15″ cylinder before we opened the doors. 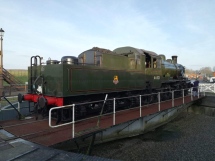 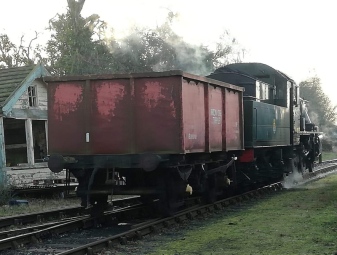 Once the loco had left the cylinder was placed back under the Tippler and the doors of the test car opened. 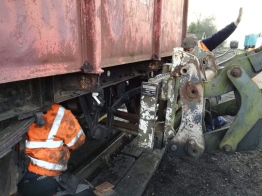 A vacuum test was carried out after a hose change and the vehicle deemed to be fit, just awaiting better weather to complete the vehicle.

Madge was on display and had the opportunity to make some friends on the few trips around the yard. 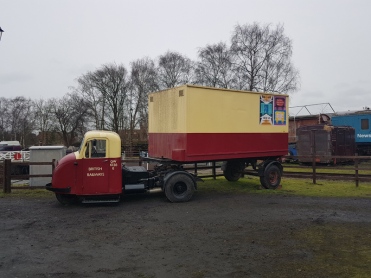 Jakes final task was to clear the build-up of moss from inside the tippler and in due course extra drain holes will be being added to the wagons floor. 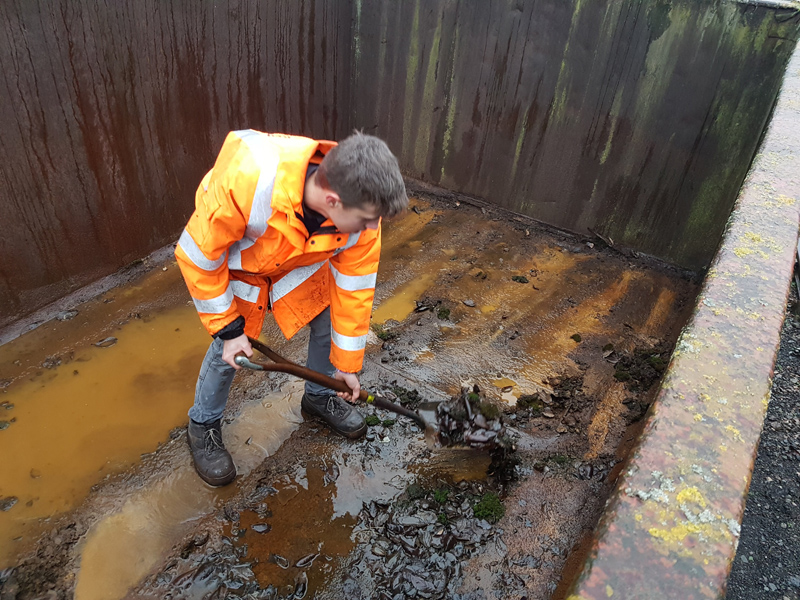 Finally, for this update a few views from the gala the visiting NER petrol although Diesel-powered rail car and our van train “plus” including Shochood B and Loaded Conflat. 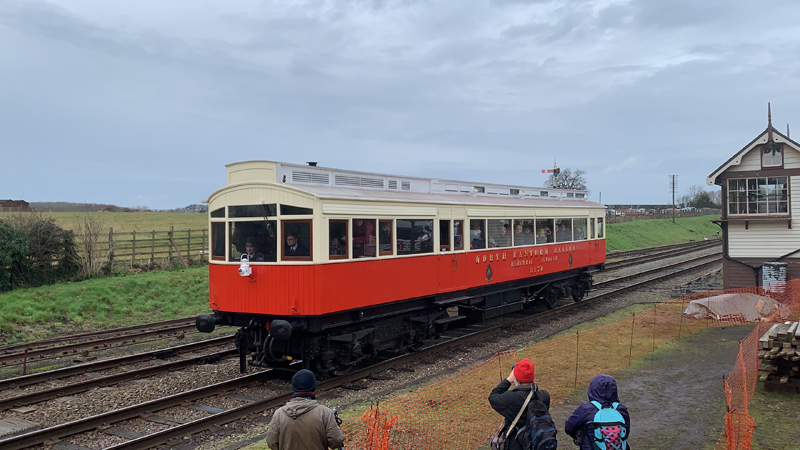