So I think it would be remiss not to start with the 2020 HRA Annual Awards dinner.  We were already aware we had been awarded the Mortons Media (Rail Express Magazine) Modern traction Award and that we had been nominated for two others. 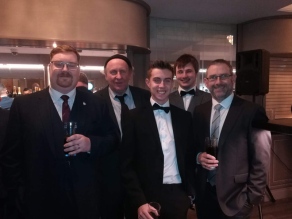 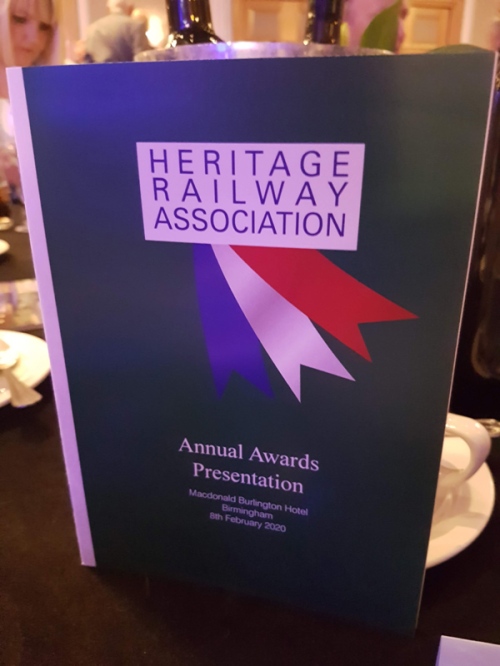 The meal and the event were excellent, although the portions were too small for Jake, people from all sectors of the Heritage Railway Community brought together to celebrate the achievements of the sector. We collected our first award and awaited our nominations. For the Morgan Award, we were against some really strong nominations and the look of shock on our faces when we were announced the winners really was telling. It really is humbling to have been awarded the Morgan Award for outstanding achievement in Preservation. Unfortunately, we were unsuccessful in the Communication award and our congratulations go to the LMS Patriot Company Ltd and their Warrior Magazine and of course all the other award winners in their respective categories. 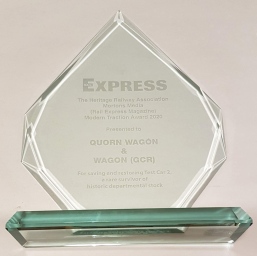 Despite the awards, there is no rest for the wicked.  Saturday I completed Madges Covered Trailer adding the west and south sides signwriting as well as painting two grey posterboard areas.

Sunday was quieter, I had a route refresher course so was out of action for the day,  with Nick and Ross at Rothley progressing “The Yellow Coach” with cabling being pulled into the conduits fitted last week. Also, the wooden door trims around the refitted luggage and first-class doors have been fitted as well as an area of the Guards compartment wall being repaired. 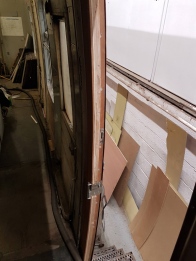 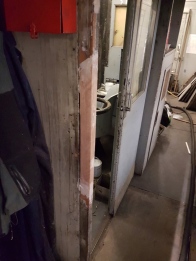 Finally an image of the partially repaired end welded by Jamie last weekend. Still, however, a fair way to go. 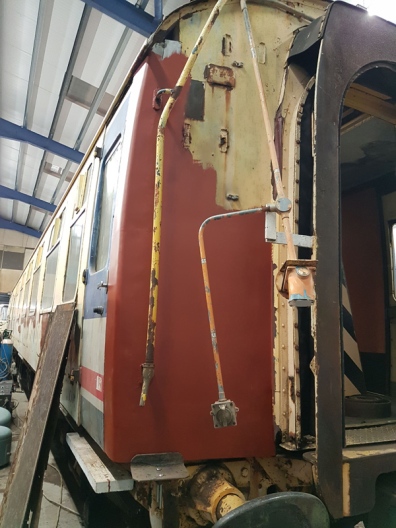