Good evening, and welcome to another update from us chaps at Quorn. Saturday saw Jake, Nick, Matt and Dave in attendance. Sadly, due to the weather not much progress was made on the container. In order to avoid the rain, the team stayed under cover and tidied the GUV; a long overdue task. Paint Brushes were resurrected, items tidied and home found for newer acquisitions. On to Sunday, with me now in attendance and with the weather looking good we began working on the container.

Firstly the rectification of some water damage were resin applied but not cured had suffered some weather damage. This was duly removed and re-resinned by Matt. Jake and I had the honour (?) of sanding the container ready for primer. I carried on around the sides and door end of the container with the air driven sander, while Jake drew the short straw and was tasked with the blank end panel. This had had green paint applied at some point in the past, which was beginning to flake off. 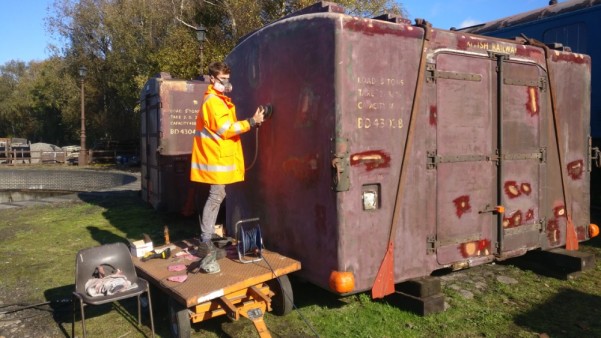 While this was happening, Matt finished off applying resin, and reattached the door hinge which was unbolted to repair the door. Sanding completed, Jake blew the container down while I thinned the fibreglass/gelcoat primer and assembled the gun. 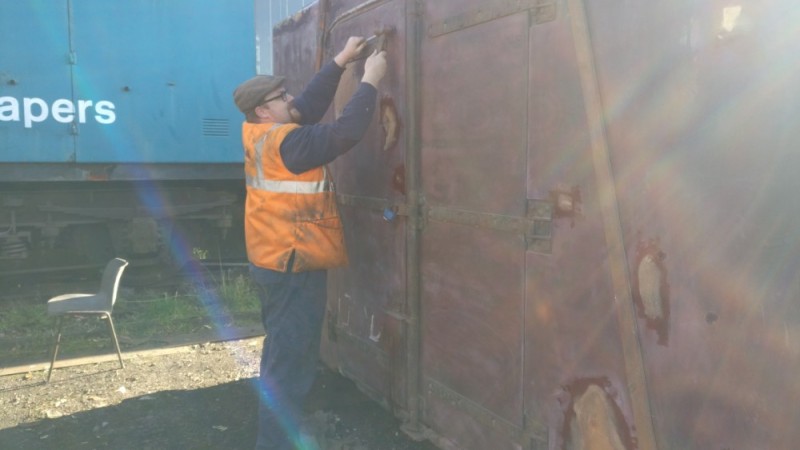 I began by applying primer to the roof, and then the blank ends then going round the container anti-clockwise. The primer cured very quickly, so we gambled and had Jake prep the undercoat ready for spraying. 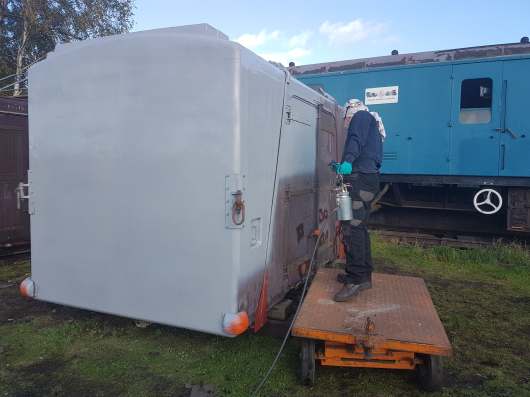 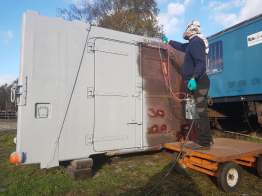 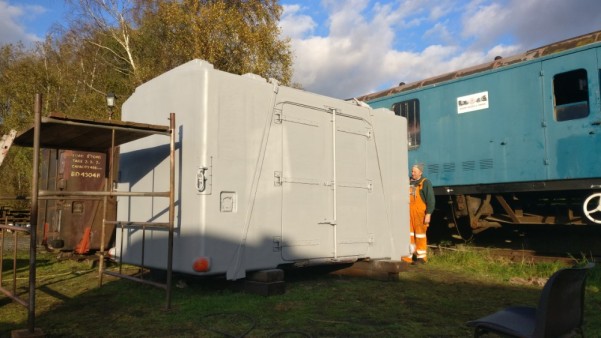 While the painting was occuring, Matt starting removing paint from one of the plates he has had made for the containers. Not content with the black finish, he’d applied some crimson, and had to then scrap/sand the paint off of the raised letters. rather effective, don’t you think? 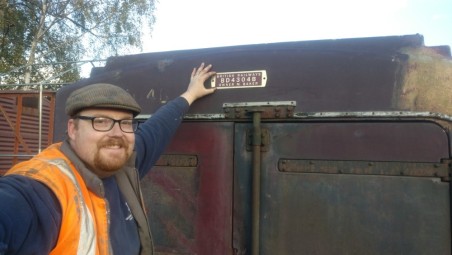 If the weather is kind to us next weekend, we hope to have the container into Crimson top coat, with signwriting completed and perhaps lifted onto the ConFlat! Join us next week to see what we end up doing, Thanks for reading!