We are back to normality following the Diesel Gala, and have been working on wagons and wagon loads. However, before work on that started, we had some goodies to investigate with regards to getting the intercom system working in Test Car 2. Using the 3 speaker boxes we have, we can get the intercom working in the slip end, Main saloon and Kitchen. There is the hope of finding some more Speaker boxes to expand the system as necessary. Having proved it, we have developed a plan for its continued usage.

On to Wagons, and I started by continuing to grease the pins in the brake linkages on the Air Braked Steel High. Armed with a 12-ton hydraulic jack, 2 hammers and various punches, (oh and a big bucket of grease) I  crawled under the wagon to remove a few more pins, clean up the holes and replaced the pins with a fresh smear of grease.  This resulted in the successful repair of this vehicle’s hand brake and removal of the defect labels.

In the past, it was thought to be the slack adjuster causing the brakes to lock up. After surveying the vehicle, it was found that a number of linkages were seized, causing the brake to jam on. The slack adjuster is working absolutely fine, much to our relief. A number of linkages were done the week before the Diesel Gala, with Nick sorting a few more once TPO duties had finished.

Getting sick of crawling around from under the Steel High, I decided to remove the floor with assistance from Nick. The floor is due replacement as all of the boards are rotten. The floor came out in no time, thanks to a novel feature included by the LNER on this wagon. Instead of the floor being fixed in by bolts, the floor is held captive in a C-channel attached to the wagon side. there are 2 cut-outs to drop the boards into, and provide the planks are appropriately sized, should slide along to where needed.

While I was crawling under/over the Steel High, Dave, Jake and Matt started work on the Fibreglass containers. Matt started fabricating a plate to repair the end door of his container, while Dave and Jake set about freeing the end doors on Nick’s container.

Matt disappeared early in order to take part in a photo charter at East Kirkby with their Lancaster “Just Jane”.

Having got the Oxy-propane cutting bottles out, Dave, Nick and I started to heat up and manipulate the bent straps on Nick’s container and loosened the rings on Matt’s. In the meantime, Jake was on the roof of Nick’s container cleaning out the debris which had found itself under the lifting frame. 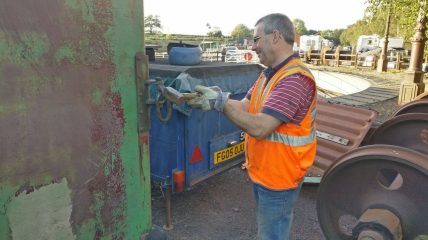 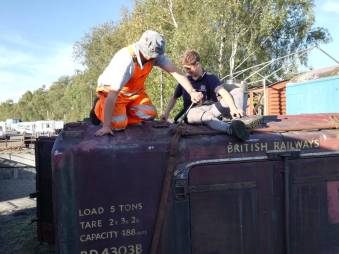 On to Sunday, Matt finished the repair to his containers door as well as removing the box from the locking bar and adding a missing staple. 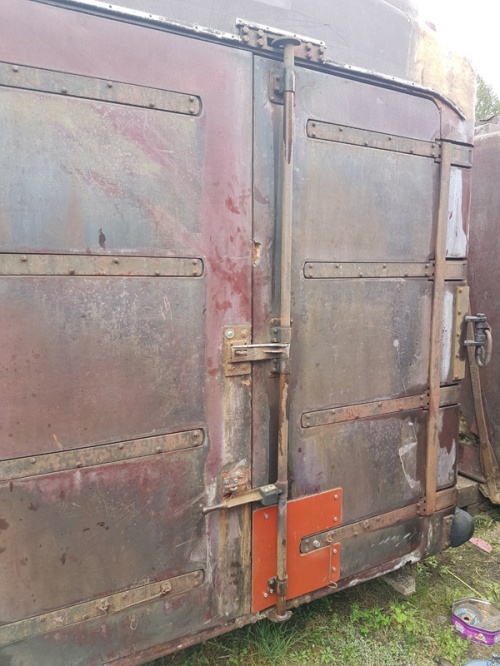 Nick continued Jake’s task from Saturday by completing the roof de-veg of both Containers.

The final task for the weekend was to secure the strapping of Nicks container, this was drilled by Matt and then secured in place by both.  As a safety measure and to keep the 2 containers looking similar, the same was done to Matts. 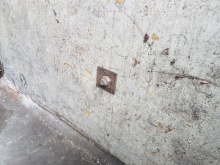 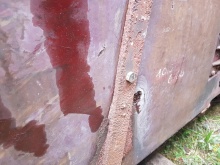 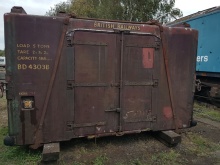 This concludes this update, more as always next week.